When you hear the word "dam", you may first think that someone is trying to use a dirty word. However, they may just be talking about a structure that is used to control water. There are a lot of reasons for dams to be built. They range from creating a farm pond to flood control to creating reservoirs to creating power, like the Hoover Dam.  Just like there are different reasons, there are different kinds of dams.

Odds are that the picture in your head of a dam is an arch dam. These dams are shaped like a huge arch, with the arch facing upstream to take the force of the water. An arch is a very strong shape. It's often used in construction because of that. It's no different in a dam. The force and weight of the water is spread out along the arch, and then into the abutments that anchor the dam on either side and are dug down into the earth. The Hoover Dam is an example of an arch dam.

Unlike most other kinds of dams. a barrage dam isn't used to retain or contain water, it's used for flood control. That's because these dams are made of several gates spread out horizontally. The gates are in-between the supports of the dam. The gates can be opened or closed in order to control the amount of water that goes downstream. They are used to smooth out the flow of the river. The gates may be open all the way when there hasn't been a lot of rain so that the river downstream continues to flow at a reasonable rate.

These dams come in two basic types, earth fill and rubble fill. They are either constructed of two parallel concrete walls that are filled with soil or rubble, or they are the basis construction material of the dam. If they are used as the construction material, an impermeable material is often used on the upstream side so that water can't leak through.

The biggest feature of a gravity dam is the fact that is just too big and heavy for the water to move. They take advantage of the earth's gravity, using it to give the dam strength, and having the force of the water run down into the earth. It also uses the weight of the water that it's holding back in order to strengthen itself. Gravity dams are often combined with arch dams to create a very strong dam.

There are several sub-categories of each kind of dam, but these are the basic kinds of dam. 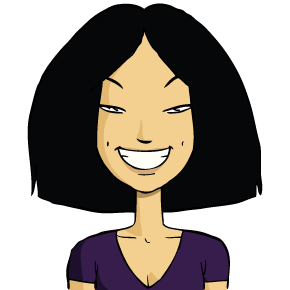 A few winters ago, it was the coldest week I could remember in the area. My roommates and I came back to our little house after being away for the holidays, and our heater wasn't working. We were without heat for a few days. It turned out that the problem was actually with the boiler. I realized that I had no idea how to diagnose or repair anything in my house and thought, "What would happen if it was just me in a storm and no one could get to my place to fix it for me?" From that moment, I got to researching. I'm still no expert, but I figured I'd share what I've learned with the rest of the internet.